The staff and instructors at Dark Horse Institute are each passionate about the creative and business sides of music, and about helping you succeed in your chosen field. All of our instructors are working professionals in the field, which means you will be learning the best and most relevant information in the music world. 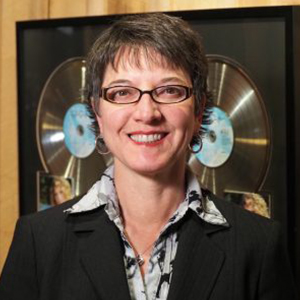 Cathy Baird has worked in the field of college admissions and operations for more than 14 years, including as Director of Enrollment of the Chef’s Academy at Harrison College, and Director of Admissions at Daymar College and Southwestern College, both in Kentucky. Baird holds degrees in Business Administration and Management from Volunteer State Community College and Triton College in Illinois. Driven by a desire to help students get on track with their educational goals, she was recently promoted from Institutional Director to Vice President of Academic Operations.

John Proctor started out as a typical Tennessee farm boy, but after he completed his degree at MTSU in Agricultural Business he found he had a gift for growing not just crops, but careers. He has worked in sales, customer service, recruiting, management, and college admissions, and joins the Dark Horse team with a big heart and a wealth of resources to help you plan and succeed in your future career.

Hailing from Chicago, IL, Eric relocated to Nashville in 2012 and has worked for notable companies such as Concord Music Group, Sony/ATV Music Publishing, and the Ryman Auditorium. In 2020, Eric founded Galván Talent Enterprises, LLC., a talent curation, consultation, and development firm. He is also a board member of the “Nashville Is Not Just Country Music” program initiative, promoting Nashville’s diverse music scene. He earned his BA from Belmont University in 2016. His background is testament to his drive for cultivating students, aspiring artists and producers breaking into the industry.

Quinn grew up singing and had a strong passion for music. She felt it was only natural to move to Nashville Tennessee to pursue a career in the music industry. Since moving to Nashville, Quinn spent 12 years writing music and singing around town and started a clothing line for children. Quinn is a people person and enjoys helping others get started on their journey in the industry. It is Quinn’s drive to make a better world for everyone she meets.

David is originally from Rhode Island and graduated from Palm Beach Atlantic University in 2019. He is an avid sports fan whose love for music and the outdoors brought him to Nashville in 2020. He has experience in Admissions, Customer Service and Management. He enjoys helping people discover their passions while pursuing their educational and career goals.

Celeste Wisniewski is from Charlotte, NC and has a degree in Education. Prior to joining the Dark Admissions team, Celeste has worked as an educator in the public school system for nearly 15 years. With her passion for music and education, Celeste joins the Dark Horse family with excellent resources to collaborate with students as they forge their career path in the music industry.

Michael Elliott is a multi-talented producer, engineer, and musician from Milwaukee Wisconsin. With a certificate in audio engineering from the Conservatory of Recording Arts and Sciences and a Bachelor’s Degree in Music Business from Middle Tennessee State University, Michael offers a first-hand understanding of what lies ahead for Dark Horse Institute students after graduation. Since moving to Nashville, Tennessee ten years ago, Michael has worked in several large-format studios across Nashville Tennessee and Milwaukee Wisconsin. With a passion for helping others, Michael is excited to provide counseling and one-on-one career development for students and graduates.

David Mullen is a critically acclaimed singer, songwriter, producer who has garnered 22 number one songs, produced multiple platinum and gold records with millions of sales in multiple genres. Starting out as an artist on Warner Brothers, Mullen has gone on to develop talent, write and publish songs, and produce for every major label. He’s had multiple nominations and wins for GMA Awards, Grammies, won the prestigious NSAI Song of the Year Award twice, as well as ASCAP’s Songwriter of the Year.

P.G. Banker is a songwriter, producer and audio engineer originally from Nashville, Tennessee. He studied music composition at King's College in London, England and received a Bachelor's Degree in Music & English Literature from Boston College in 2003. With over 1,000 placements on more than 100 different TV shows, P.G.'s compositions have been licensed on networks such as Fox Sports, CBS, NFL Network, CNBC, MTV, VH1 and Bravo among others. P.G. is passionate about writing music and inspiring others to create their own success!

Dave is a Grammy winning Producer/Engineer who has been with Dark Horse for over a decade. He has been writing and teaching the Audio Engineering curriculum since the dawn of DHI, while also Head Engineer at our studio. Dave started out working on records with rock artists like Relient K. He has gone on to work with diverse artists across the industry including Keb Mo’, OneRepublic, Carrie Underwood, RED, Reba McEntire, Foghat, Chris Tomlin, Ashley Judd, and many more! Dave has moved into the Director of Education role to help keep our programs and facilities fresh in an ever changing industry.

Ell is an American DJ, record producer, audio engineer, radio host who works with artists and clients from around the globe. Since 2008 Ell co-hosts the Midwest’s longest-running Hip-Hop radio show the ‘Prop Shop’.He is best known for performing in concerts and tours in the U.S. and Europe with acts including: ASAP Rocky, J. Cole, Big Sean, Wiz Khalifa and many more. Ell enjoys teaching many of those skills over the years to the next generation of artists.

Australian born Nash Chambers has spent the past 25+ years as a multi-award winning Producer/Engineer and Artist Manager. Much of his work has been alongside his internationally renowned sister, Kasey Chambers, with their efforts receiving Gold and Multi-Platinum sales, numerous Awards, No.1 Album/Single Chart positions, and included guests such as Keith Urban, Emmylou Harris, Ed Sheeran, Patty Griffin, Paul Kelly, Jimmy Barnes, Foy Vance, and more. With a passion for audio, production, vintage gear and particularly roots music, Nash also has extensive experience in Live Sound, Touring Production and Management while mostly working from his Troubadour House Studios.

Ted is an Engineer and Producer here in Nashville, TN who has been in the industry for 10+ years. He has studied under Grammy winning Mastering Engineer Bob Katz, Roger Nichols and Raul Valery. Ted works in music, TV Broadcast, and A1,A2 live production. He worked in an animation studio as Lead Sound Design, and at EA Sports as an audio editor and composer on titles such as Tiger Woods and Madden NFL. Ted worked on award winning projects at Integrity Music alongside Grammy and Dove winning artists. Ted has also worked on various TV programs on the TBN and CMT network ranging from the Dove Awards to The Pickler and Ben Show.

Emilee moved to Tennessee from a small town in New Mexico just to attend Dark Horse Institute. With many late nights and early mornings, she graduated at the top of both her Audio Engineering and Music Business classes. After graduation, her hard work and determination quickly paid off in the form of her full time employment at the studio.

Michelle attended the University of Florida before setting down roots in Nashville. For over a decade she has been managing the finances for many of Nashville’s biggest stars. When she’s not at DHI keeping the books, she’s hanging out on her farm with her thoroughbred horses.

Sheree Spoltore has more than 20 years of service in songwriting education and career development for artists and songwriters in Nashville, Los Angeles and New York. In 2013 she founded Global Songwriters Connection and has facilitated over 100 publishing deal agreements for the artists she works with and mentors. Sheree is an incredible addition to the Dark Horse team as she empowers our students to not only make a living with their talents, but to make a difference.