Our audio engineering classes are kept small to allow you plenty of time to work directly on our studio equipment with the instructors. We offer world-class “studio-standard” analog and digital gear for you to learn recording and music production techniques on. In addition, we bring in two working professional bands for you to record as final projects over 10 class days. You’ll spend additional time learning to edit, mix and master these tracks. During the recording sessions you’ll be learning proper mic placement using our collection of high-end microphones and how to route them through one of our two recording consoles and racks of analog preamps, equalizers, compressors and various effects.

Every student will also have access to their own iMac computer with digital interface and MIDI controller loaded with Pro Tools, Melodyne and access to all of the Universal Audio plug-ins. Read through our microphone and tracking equipment list below and click on the links above to view our studios and labs. Learn on actual studio equipment instead of just looking at pictures of it in a classroom.

The SSL Studio based around our SSL 6056E/G+ console in a control room with finely tuned acoustics. Connected to this are two isolation rooms and our main live room, great for recording drums and strings. One iso room features a 7ft. Yamaha grand piano, a standard on hundreds of pop music releases, available for artists and audio engineering students to record on or just to play after hours.

SSL consoles are some of the most coveted audio recording and mixing desks in the world, walk into most major studios and there will be an SSL. You’ll have regular hands-on access to our SSL during your audio engineering courses at Dark Horse Institute. You’ll also have a chance to use it during at least one of your full band recording projects.

The SSL 6056E/G+  console is a 56 channel 6056 E series console from Solid State Logic with a G+ series computer for VCA based automation. Eight channels carry modified G Series channel strips with Black EQ and every channel includes the onboard compression, EQ, and routing flexibility that have made the SSL so popular as a mixing platform. It also has the infamous master buss compressor that gives your studio mixes that perfect finishing touch, emulated by numerous plugins and copied by many outboard units.

Also in the studio is a Pro Tools rig and full rack of outboard gear used every day by top audio engineers around the world, designed and made by legendary names such as API, Rupert Neve, Summit, DBX, Brent Avrill and more.

Yes, this is the twin sister of the Trident Series  80 recording console at Dark Horse Recording in The Lodge – another Series 80 console modified by electronics genius Bud Wyatt, with many of the same modifications; EQ, mix, summing amp, IC chip upgrades, solo safes, etc. It features a 40-input, 24 monitor and 24-bus custom external patch bay. Input and monitor sections can be linked for a total of 64 channels during mix-down.

This recording console is the brand of choice for nearly half a century’s worth of world-renowned recording artists. 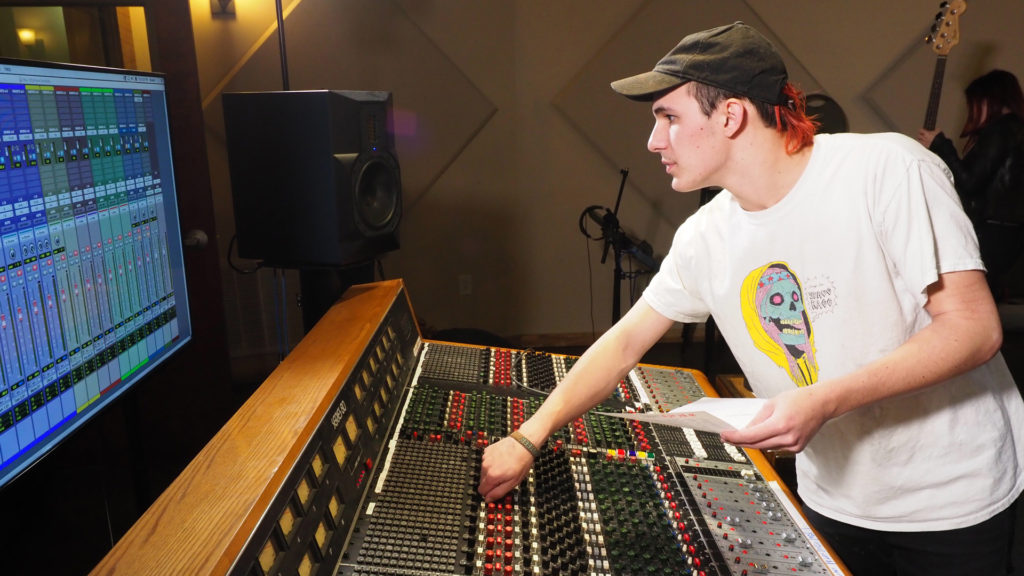